Mexican Art and Archaeology, I

This ancient archaeological site, located in Mexico's Yucatán peninsula, was built by the Maya more than 1,000 years ago.  It is a city of ruins, with massive temples, columns and even a pyramid dotting its landscape.  Chichén Itzá's focal point is its central pyramid, El Castillo (fig. 2), which is a monumental step-pyramid that served dual purposes: both as a temple to the god Kukulkan (meaning plumed serpent), and possibly, as a calendar (Chichén Itzá tour, 2012). Each of the structure's four stairways contains 91 steps. When including the pyramid's top platform as an additional step, El Castillo has 365 steps, equivalent to the number of days in the calendar year - I'm convinced that this was no accident.

I found Chichén Itzá to be full of mystique.  It was breathtaking in its size, scope and beauty.  When combined with the sight of vendors, some dressed in traditional garb, crafting and selling original Maya art along the pathways, I felt like I was transported to another place and time; one that I was only partially familiar with as a result of my children's repeated viewings of Dreamwork's Road to El Dorado.

While in New Orleans for a weekend trip, I discovered the New Orleans African American Museum (NOAAM).  It is a beautifully restored, culturally rich venue located in Tremé Villa, the most historic Black neighborhood in America (fig. 1).  The museum, originally built in 1828, is housed in five buildings on what was once a plantation.  Its architecture is that of old world Creole Villa, and much of its original decorative details remain today.  NOAAM provides an enlightening and enjoyable learning experience about the art, culture and history of African Americans in this region.  During my trip to NOAAM, I gained an appreciation for and knowledge of information about African American sculpture, painting, head dresses, textiles, utility objects, ironwork and other media.  I also discovered the exciting world of jazz.

As I toured the facilities, I was impressed by the tranquil, landscaped gardens, welcoming gazebo and brick-lined courtyards.  I was also drawn to the vibrant, colorful outdoor mural that captivated me as I walked between buildings (fig. 2).  Dedicated to the community, NOAAM showcases the artwork of both established and emerging artists.  Its exhibitions change throughout the year, but there are typically several on display during a given time frame.

Email ThisBlogThis!Share to TwitterShare to FacebookShare to Pinterest
Labels: Exhibitions, Museums and Galleries

The National Watercolor Society's (NWS) 92nd Annual Exhibition is currently on display at its San Pedro, California gallery through December 2, 2012.  The opening reception was held on Saturday, September 29th, and was widely attended by artists, their families and collectors.  Dennis R. Kapp, the CEO of Martin/F.Weber Company as well as an art enthusiast and collector, was also in attendance.  He enjoyed the artwork so much that he ended up purchasing I Never Saw a Purple Cow, by watercolor artist, Kim Caldwell (fig. 1).  Kapp remarked that, "In our Weber fine art collection, we already own one purple cow painting.  Now we'll have a companion piece to hang with it.  If we ever purchase another purple cow painting, we'll be able to hold our own themed exhibition!"

Kelly Clawson, our Mission Gold Watercolors Brand Manager (fig. 2), also attended the exhibition.  Clawson commented, "I got to make my first trip to California for National Watercolor Society’s exhibition opening.  It was wonderful to meet and get to know some of the artists.  My personal favorite painting—Kathleen Ballard’s Balboa Park Pond—even won the Watercolor West Reciprocal Award.  I’m so excited for next year’s NWS event, when Mission Gold Watercolors will sponsor its first purchase award."
Read more »
Posted by Martin F. Weber Co. at 7:12 AM 0 comments

Email ThisBlogThis!Share to TwitterShare to FacebookShare to Pinterest
Labels: Exhibitions, Museums and Galleries

On a recent trip to Puerto Rico, I had the pleasure of visiting an impressive cultural institution, Museo de Arte de Puerto Rico (MAPR).  MAPR is located in the historic city of San Juan, a city whose cobblestone roads and colorful structures are reminiscent of 16th and 17th century Spanish architecture.

MAPR, one of the largest museums in the Caribbean, is a 5 story facility with multiple galleries, including a student exhibition gallery, children's interactive gallery and research center.  Committed to providing museum visitors with a rich, enlightening cultural experience, MAPR offers a community outreach program, educational programs, permanent and traveling exhibitions, art workshops, tours, a theater, restaurant and museum shop.  Visitors are also invited to walk through the museum's sculpture garden which is filled with a variety of the island's flora.

Email ThisBlogThis!Share to TwitterShare to FacebookShare to Pinterest
Labels: Museums and Galleries 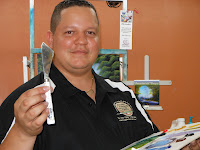 Creativity is in the air, especially at Galeria Cruz!  On August 27, 2012, Artist/Instructor Alexander Cruz, conducted a free paint-a -thon evening at which any and all of his current oil painting students were invited to come and paint Bob Ross Technique.  In addition to enjoying the free Bob Ross painting class, the students all had the opportunity to meet and greet Dennis R. Kapp, the CEO of Martin/F.Weber Company.  Weber is the proud maker of Bob Ross Products.  Weber also funded the production of all the Bob Ross TV programs, which they donated to PBS Stations.

The Art of Portraiture

Figurative art encompasses many things; mystery, mood, gesture, portraiture and the human body, in part or as a whole. It explores the human form in all its dimensions. Figurative paintings include portraiture as well as both clothed and nude figures in every conceivable style, from minimalism to modern realism. With such a variation in images, what makes one portrait stand out from others?

Mary Henderson is a talented and prolific watercolor artist who lives and works in Saint Petersburg, Florida. She studied fine art at the Saginaw Institute of Art for three years, where she enjoyed working directly with artists who explored different mediums such as metal sculpture, oil and charcoal.  Proficient in multiple media, Mary's favorite medium to work with is watercolor.  She has been inspired by artists such as Claude Monet and Georgia O'Keeffe, whose influences can be seen in her work.  Her light and airy paintings pay homage to Monet, while her close up and vibrant work is reminiscent of O'Keeffe.  Mary spent eight years participating in juried shows throughout the State of Florida, where she received several awards.  Her artwork has been exhibited in galleries both in Florida and nationally.  Mary has been painting and teaching painting for the past 31 years.

Choosing a Gallery to Sell Your Art

The art world, and especially the art market, is always evolving.  Economic, social and political trends can all affect changes in the art market.  As an artist, you should understand how the commercial art world works so that you can make progress in attaining your professional goals and objectives, especially if you are determined to make a living from your artwork. Regardless of if you are self-published or work with a publisher, at some point you will likely find yourself debating the pros and cons of selling your artwork in a gallery setting.

If you've never tried painting before (walls don't count), but would like to try it, there are several things to consider in advance that will make your first painting encounter less intimidating.  To begin with, don't assume that you need to possess an inherent talent to learn how to paint.  All you really need are a creative spirit, an interest in learning, a willingness to try new things and a few essential art supplies.

What is a Collage and How Do I Make One?

A collage is a work of art that is composed by gluing objects such as pieces of torn paper, photographs, fabric or metal onto a surface.  The term collage stems from the French word coller, which means to glue or paste.  Collage as an art form emerged early in the 20th century when Synthetic Cubist artists Picasso and Braque first began creating artwork by gluing material such as wallpaper and cloth onto canvas.  Many people are familiar with Matisse's bold, colorful collages.

Are you a prolific painter whose inventory of artwork is starting to pile up?  Do you have a website, business card, artist statement and CV, but haven't sold as much art as you would have liked to?  In addition to selling artwork on the internet and through gallery exhibits, maybe it's time to try a different venue, the summer art fair. 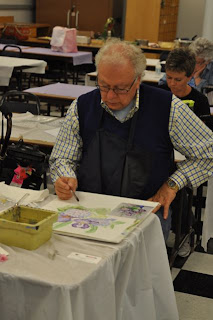 When not hard at work running Martin/F. Weber or Martin Universal Design, Dennis Kapp enjoys painting as a hobby.  Of course, he is very discerning about the art materials he uses.  While Dennis typically paints in oil, he recently traveled to Portland, Oregon, to take a Watercolor Workshop with artist, Susan Scheewe. 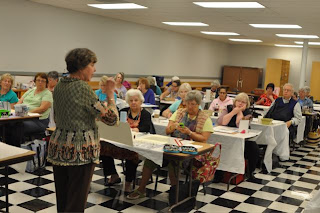 “What do you mean by the safe use of art materials?”

At Martin/F. Weber Co., we are proud to be a leader in the continuing effort toward improved safety and health labeling for art and craft materials.  As such, we are dedicated to ensuring that professional artists, teachers, students and hobbyists who use art materials, can do so in a safe and enjoyable manner.  Artists will often ask us what the phrase "safe use of art materials" encompasses; therefore, we have composed a list of guidelines we feel are essential to follow and teach for studio safety.

What Makes a Work of Art Good?

After having recently attended several lectures on new museum theory, we noticed a wide spectrum of what different exhibition curators consider "good" art.  What makes one painting any better or worse than another painting?  Is it the use of bold color or texture?  Is it the thematic elements?  Is it the draftsmanship?  Does a good painting have to pull deep emotion from the viewer or can it just be something that would look lovely over a couch?  Here are some of our favorite quotes from several of art history's most renown painters:
What elements do you think are necessary for a painting to be considered good?  We'd love to hear your opinion!
Posted by Martin F. Weber Co. at 12:39 PM 0 comments

Six Tips for Promoting Your Art

If you are an artist, than you understand how challenging it is to build or maintain your business, especially in a depressed economy.  Whether you are in fine arts or crafts is irrelevant; the key for successful self-promotion lies in developing a multifaceted approach to your marketing campaign.  As artists, you need to go a step further than identity branding and product packaging if you are serious about growing your business. Those are crucial first steps, but there are several additional strategies that should be included in your self-promotion.  Here are six tips to help you get started:

Welcome to Our New Blog!

Hello and welcome to Paint Talks!  We've just launched our new blog, where we hope to provide a place for art professionals, students, enthusiasts and consumers to come for the latest information on what's happening with our company and the industry.  This is your space too!  We hope that you will share your ideas and experiences with us.  If there is an art-related topic you'd be interested in reading about on a future blog post, let us know.  Come and join the conversation!
Posted by Martin F. Weber Co. at 9:08 AM 0 comments

Martin F. Weber Co.
For a century and a half, the name Weber has been synonymous with quality art materials. Established in 1853 in Philadelphia, Pennsylvania, the Martin/F. Weber Co. is the oldest and one of the largest manufacturers of art materials in the United States.